After management decided to dial back revenue expectations for 2017, shares of Glaukos (NYSE:GKOS), a medical device maker focused on diseases of the eye, tumbled 13% in September, according to data from S&P Global Market Intelligence.

Glaukos' management team held an investor day in mid-September. Here's a review of the key takeaways from the presentation:

Wall Street responded to the downward guidance by deflating the company's share price. 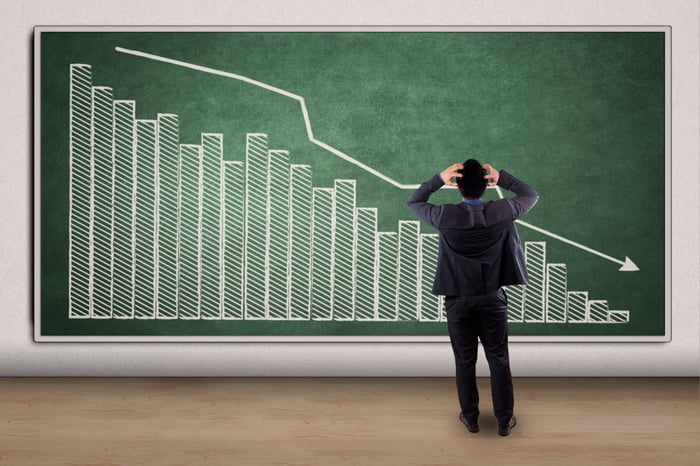 Glaukos' iStent has been a smash hit since launch. In fact, the company's top-line growth has exceeded 40% for 16 quarters in a row. Predictably, that kind of success hasn't gone unnoticed by the big players in eye care. Last year, healthcare giant Novartis acquired Transcend Medical to get its hands on the company's CyPass Micro-Stent. Since the CyPass was approved last year and competes directly with Glaukos' iStent for certain types of glaucoma patients, it is understandable that Wall Street got spooked by the downward revision to guidance.

With the iStent infinite and iDose Travoprost performing so well in clinical trials, Glaukos' days of hyper-growth are probably not over. What's more, the world's population is aging, so the demand for glaucoma treatments looks poised to rise substantially. While Glaukos' stock remains very expensive -- shares are still valued at north of eight times sales after including September's drop -- I think that right now is a fine time for growth-focused investors to give this stock a hard look.