The stock market kept going up on Monday, with the S&P 500 setting another record and other major benchmarks finishing higher by as much as half a percent. Investors shrugged off scary news of an explosion in New York City and instead focused on the likelihood of tax reform and economic progress moving into 2018. Yet even though the overall market continued its upward trend, some stocks missed out on the rally. SCANA (NYSE:SCG), Glaukos (NYSE:GKOS), and Juno Therapeutics (NASDAQ:JUNO) were among the worst performers on the day. Below, we'll look more closely at these stocks to tell you why they did so poorly.

SCANA gives up on nuclear project

Shares of SCANA fell over 7% after the parent company of South Carolina Electric & Gas said it would offer to give fellow utility company Santee Cooper the land on which SCANA had initially intended to build a nuclear reactor. The principal contractor on the project declared bankruptcy earlier this year, and that led SCANA and Santee to abandon their joint venture to build the reactor back on July 31. SCANA is trying to give up the property in order to claim a tax loss of roughly $2 billion, getting back a portion of the much larger amount that it has spent on the project thus far. Nevertheless, customers will end up footing a big part of the bill on the project without necessarily ever getting any power from it. 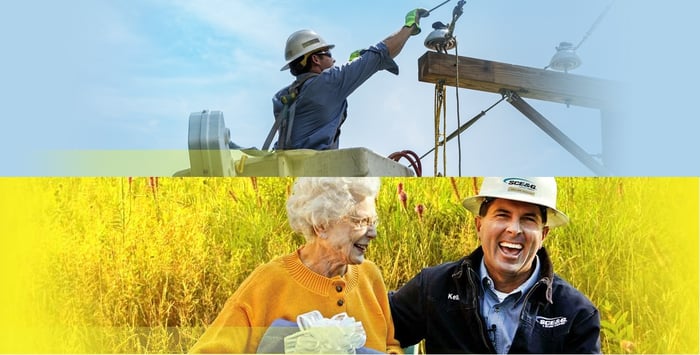 Glaukos stock fell 4% in the wake of speculation that the medical device maker might face lower physician payments for medical professionals that use its stent products. Glaukos' iStent treatment has been popular for treating various eye diseases, but reports have surfaced that at least one provider of healthcare coverage, Palmetto Health, might have lowered the rate at which physicians get reimbursed after using the product. Lower reimbursements make it less likely that doctors will use the products, and while investors hope that Glaukos will be able to overcome this temporary obstacle, there's no guarantee that the company's biggest potential blockbusters will pay off for Glaukos in the long run.

Finally, shares of Juno Therapeutics fell 14%. The biotech company presented data on its JCAR017 candidate treatment for non-Hodgkin lymphoma at a conference over the weekend, but even though the results were encouraging, they nevertheless weren't quite as overwhelmingly great as some investors had hoped to see. With considerable competition among treatments that are similar in type to JCAR017, Juno will need to demonstrate a strong competitive advantage for its drug in order to keep rivals at bay. That could be a challenge, and investors seem nervous about Juno's ability to get the job done in the long run.