Kraft Heinz (NASDAQ:KHC) came about in large part at the behest of Warren Buffett's Berkshire Hathaway. With a gain for Berkshire of more than 2,470,000% from 1964-2019, few question Buffett's investment genius.

However, neither its status as a recession-proof consumer staples stock nor Buffett's business acumen have stopped Kraft Heinz from declining. Amid falling profits and a deteriorating business model, investors should consider avoiding this stock.

In many respects, Kraft Heinz does not look like a stock that investors should shun. For one, the COVID-19 pandemic led to a run on consumer products in the spring. Now, with cases surging to record highs, it could again spark another run on consumer staples.

Secondly, Kraft Heinz looks like a stereotypical Buffett stock in many respects. The stock sells for about 13 times forward earnings. Moreover, its annual dividend of $1.60 gives new investors a cash return of just over 5%.

However, even Buffett is not immune to investment missteps. Kraft Heinz appears on track to become one of his most notable mistakes. Since the Kraft Heinz merger in 2015, shares have lost more than half their value. 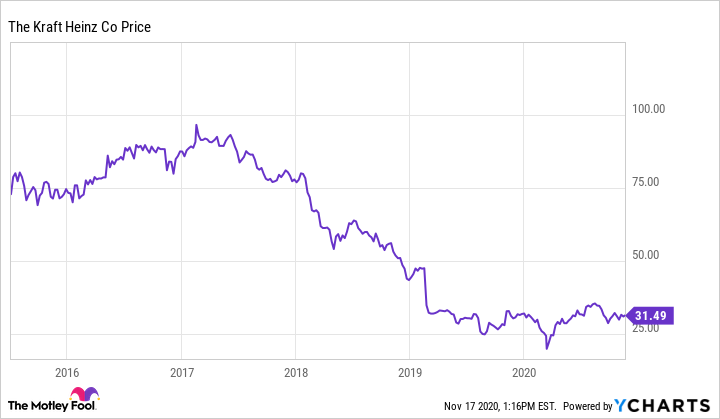 In recent years, consumers have shown a preference for natural foods, causing a sales decline within the packaged food industry. This has hurt not only Kraft Heinz but also peers such as General Mills and Campbell Soup.

However, a strategic shift made by CEO Miguel Patricio may have offered Kraft Heinz a reprieve. Patricio streamlined the company from 55 categories to six platforms. He also began to view these platforms holistically, seeking to improve overall experiences rather than boosting individual products.

Despite the sales surge during the pandemic, analysts forecast a 2% drop in earnings this year. They also believe profits will fall by an additional 10% in fiscal 2021. The 2021 number likely reflects the return of pre-pandemic buying patterns, which indicates the latest increase in sales is likely temporary. 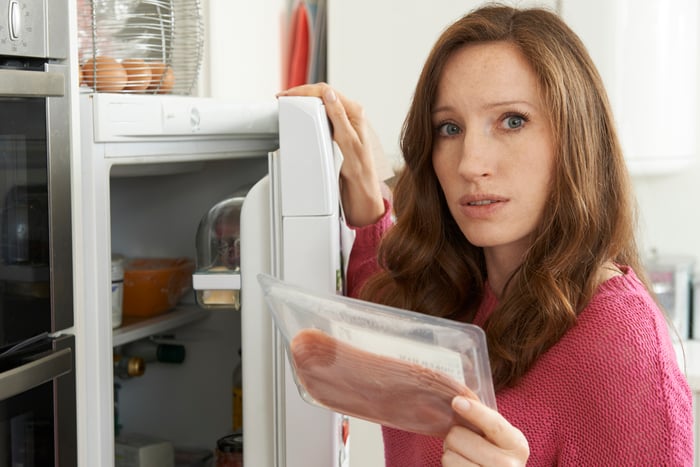 Also, this decline could further endanger the dividend. The free cash flow for the first nine months of the year came in at $2.9 billion. This should cover the dividend expense of just under $1.5 billion during the same period.

Nonetheless, strategic shifts usually come at a cost. Slashing the payout could help fund such changes.

Moreover, investors must remember that Kraft Heinz does not have a track record of raising dividends. Hence, the company could easily reduce the payout again, much as it did in 2019.

How should Buffett and other investors respond?

Buffett continues to hold his Kraft Heinz stake, which amounts to more than 325 million shares. He had owned Heinz before the merger. In a partnership with 3G Capital, he purchased Kraft for $23 billion in 2013 and later merged it with Heinz.

Buffett admitted in a 2019 interview with CNBC he had paid too much for Kraft. At that time, he also revealed a $3 billion non-cash loss from a writedown of intangible assets.

Still, he has resisted selling this stock, likely due to the size of his investment. Currently, his stake amounts to about 27% of the company. This means that if Buffett wanted to sell, he would have to find a buyer for more than 325 million shares at the current price.

Fortunately, most stockholders do not have to contend with that problem, and investors may want to consider selling. Packaged products will probably not go away completely, and perhaps Patricio's strategic shift will improve the company's overall performance. However, until Kraft Heinz can reverse its earnings declines, the stock's downhill slide could easily resume.