Since 1983, warehouse retailer Costco (NASDAQ:COST) has sold groceries in bulk, giving its customers deals at a fraction of the price of competitors like Walmart (NYSE:WMT) or Target (NYSE:TGT). This business model has panned out and been incredibly beneficial to shareholders over the years, and Costco is showing no signs of slowing down. Costco’s growing base of customers still value its low costs, and they are willing to pay a recurring membership to get these deals. With the extreme pricing power Costco has with these membership fees, the company has a tremendous opportunity to consistently increase these fees for many years. This could mean that benefits will continue getting paid out to patient shareholders over the years.

Costco’s business model relies on providing consumers with quality goods for the cheapest prices. They do so by selling items in bulk, rather than in smaller quantities. Do you want to buy a candy bar? At Costco, they come in packs of 36 at a minimum. However, buying these in bulk results in a price of 75 cents per bar, which is much lower than Walmart, where the same candy bar is 17% more expensive. 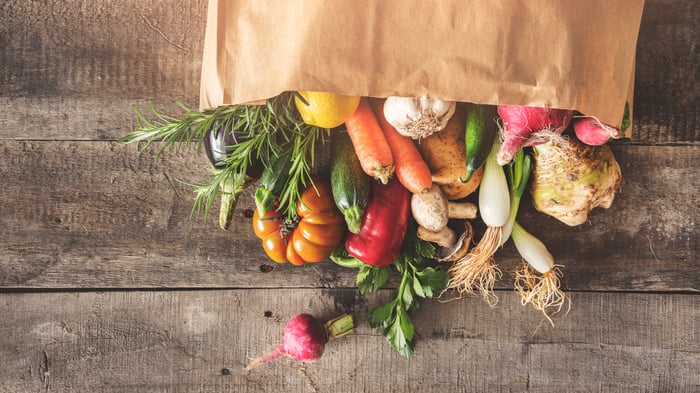 On the other hand, selling in bulk results in consistently low sales margins of 11.2%. These are poor, especially when compared to Walmart’s gross margin, which has hovered around 33% since early 2020. While its margins are the reason that Costco is so attractive to its customers, it does diminish the financial resilience of the business.

To recoup the low margins of selling in bulk, Costco has customers pay a $60 yearly subscription, or $120 per year while earning 2% rewards. This is where Costco earns nearly all of its income, for the membership fees are its cash cow. Costco’s customers are amazingly loyal to the business, for renewal rates for the membership are at 88% worldwide.

Memberships have grown 10% year over year to $900 million in the most recent quarter of 2021 despite the COVID pandemic. This membership growth resulted in quarterly net income growth of 45% to $1.2 billion in the recent quarter. Costco also had a free cash flow of $3.6 billion in the recent quarter, which represented 8% of net sales. The company had a trailing twelve-month, operating income of $6.4 billion. Since 2019, operating income as a percentage of revenue has been holding steady at 3.3% of revenue, meaning that the company’s expenses have been rising, but at the same rate as revenue.

Costco has slowly been increased the price of its subscription for many years, with the latest increase occurring in 2017. Then, it increased its prices by $5 and $10 for the standard and premium membership, respectively. With the high renewal rates it currently has -- which were similar to the rates in 2017 -- Costco could increase its prices soon.

If the company were to increase its membership prices, almost all of the money made from the increase would fall straight to the bottom line. At 60 million total paid members, another $5 increase could result in up to $300 million for the company.

Costco could then use this money to potentially pay shareholders, which it has a reputation for doing. If Costco can maintain its strong customer renewal over the next 20 years after increasing its subscription price, it could continue its trend of paying out various special and quarterly dividends.

The reality of the company’s success has much more potential with strong management at the wheel. Craig Jelinek, the company’s CEO, has a rating of 4.1 stars out of 5 on Glassdoor and has 90% approval ratings. This is remarkably strong for a retailer, especially when compared to Walmart’s CEO, Doug McMillon, who only has 66% approval and 3.3 stars. Before becoming CEO in 2012, Jelinek worked for Costco for 26 years at holding various positions.

Jelinek and the rest of the management team have been methodical when opening new stores, making sure they only get the best real estate. The company has only opened 16 stores worldwide since the start of 2021, and the management team only plans on opening five more for the rest of the year. The company’s focus on methodical growth is unique to Costco, for Walmart has opened 73 new stores so far this year.

This methodical growth, however, could end up being a double-edged sword. Its process to open stores could mean that competitors have a longer opportunity to establish themselves and grow their footprint faster than Costco.

Investors should watch Costco for its membership growth and how the company flexes its pricing power. If Costco can grow memberships while increasing membership prices, the business could continue to flourish for many years, rewarding patient shareholders during that time.