Investors saw a good bargain. Flora Growth was at the lowest point it had been in months when it hit $5.81 at one point on Tuesday. That was considered too low for a company with Flora Growth's potential, though short-sellers have bought up more than 753,000 shares. 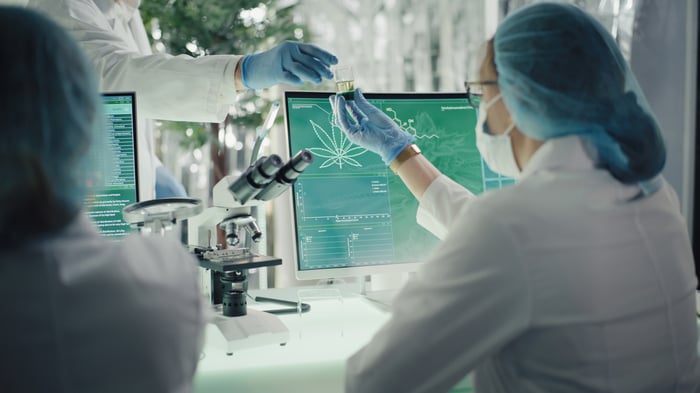 The Canadian company, which has growing fields in Colombia, produces cannabis products and brands. Last week, Flora said it had received its 2021 export quote from the Colombian Technical Quotas Group to allow the company to cultivate 7,900 kilograms (roughly 17,416 pounds) of high-THC cannabis flower to sell or use in products to international markets.

The company said the quota allows it to open up its international sales. Flora says it utilizes a big advantage in lower costs by growing its cannabis in Colombia because a year-round outdoor growing season and lower labor costs allow it to produce cannabis at $0.06 a gram.

The cannabis stock was already dropping before it announced its first-half financial numbers on Aug. 15 and perhaps investors weren't impressed. The company said it generated first-half revenue of $2 million, compared to just $100,000 in the same period last year. It also said its gross profit margin was 60% and it had $19 million in cash. Flora said it expected to finish the year with revenue of $9 million to $11 million. The company, which just had its initial public offering in May, is still a relative unknown to investors. The stock has been popular with retail investors, so a little more good news would likely drive the stock's price up, especially since it has a relatively small market cap at $252.14 million.