Social Security has long been considered one of the pillars of a safe retirement. Along with pension income and a healthy nest egg, the program can be expected to cover at least a portion of your retirement costs. However, recent changes to Social Security have made the proposition a bit more tenuous. Future retirees will need to maximize each of those three sources of retirement income to ensure they're covered throughout their golden years.

1. Its trust reserves have a shorter life span

In the most recent update from the Social Security Administration, the outlook for its combined trust fund is said to have worsened since 2020. The combined fund is made up of two separate trusts: the OASI Trust Fund (for Old-Age and Survivors' Insurance) and the DI Trust Fund (for Disability Insurance).

To be clear, the SSA is currently operating at a year-to-year deficit, and it depends on its reserve funds to cover the gap to pay benefits to claimants. If the deficit widens, which it has, the reserve funds will deplete faster.

Based on current projections, which have not yet fully accounted for the long-standing effects of the pandemic and its impacts to employment, the combined trust fund could support payment of full benefits until 2034. This is a year earlier than the projected depletion date found in the 2020 SSA update.

This means that while you'll be able to count on Social Security for some contribution to your retirement, the ultimate amount is far from certain. According to the full text of the 2021 update, once the reserve funds are depleted, there would be only enough cash flow to provide 78% of scheduled benefits.

If nothing else, an increasingly uncertain Social Security benefit can serve as motivation to do everything within your control to ensure a comfortable retirement. There's never been a better time to take advantage of a Roth IRA or your employer's 401(k) matching contribution. 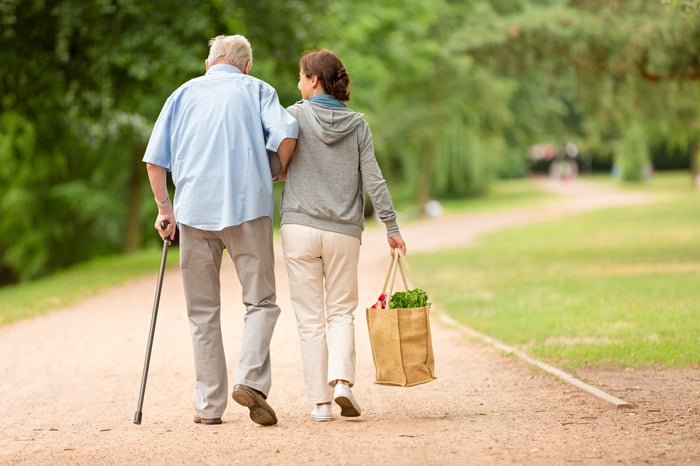 2. The 2021 cost-of-living adjustment is losing to inflation

Social Security benefits in 2021 are 1.3% higher than in 2020 to account for the increase in the cost of living. As we've seen inflation roar back over the summer of 2021, to 5.4% versus the year prior, it's clear that the increase in benefits payable is not really accounting for the true hike in living costs.

Higher energy, gasoline, and food costs have pushed everyday living expenses much higher than originally anticipated. Without much further analysis, it's easy to see that this has an especially negative effect on those living on fixed incomes, most notably pensioners and other retirees.

This puts people in a difficult position: They could take riskier positions in their stock portfolios to try to combat inflation, or settle for negative long-term returns from bond funds. These risks, coupled with a Social Security payment that doesn't go quite as far as it once did, can make for a trickier retirement puzzle.

But all is not lost. According to the nonpartisan Senior Citizens League, Social Security benefits could rise by a staggering 6.1% in 2022; this would be enough to combat current levels of inflation, which would help retirees at least keep pace with what feels like never-ending price increases.

Interestingly, a 6.1% price increase would be the highest since 1983, when benefits increased by 7.4% year over year.

While you're able to claim Social Security benefits at 62, and sign up for Medicare coverage at 65, the age at which you're eligible for full benefits is continuously increasing. For those who turned 62 in 2020, full retirement age was 66 years and 8 months, and for those turning 62 in 2021, FRA is 66 years and 10 months. Anyone born in 1960 or later will have a FRA of at least 67.

As described earlier, Social Security's financial solvency is not in peril, per se, but it does face some serious challenges under current law. Future FRA may be even higher, like 70 or 72, to improve the program's ability to pay benefits.

One major issue with raising the FRA is that life expectancy is not increasing in the way it once was in this country. Issues like obesity, drug and alcohol addiction, and the ongoing pandemic have contributed to a marginal decline in life expectancy, and many of our other issues, like climate change and government mistrust, persist.

Social Security will stay around

There are most definitely a number of challenges and policy debates surrounding Social Security and its ongoing ability to provide for retired seniors. Given that we at least know what the apparent issues are, we can use that information to save a little more, build diversified portfolios, and reset our expectations for the long-term future of the program.

You'll almost certainly receive your benefits on time, but it's your degree of preparedness, no matter what happens in the future, that will dictate your security in retirement.