After new CEO Jane Fraser took over the top management spot earlier this year, Citigroup (NYSE:C) began what looks to be a multi-year strategy refresh. It involves correcting regulatory issues, simplifying the bank, investing in businesses that the bank has momentum and scale in, and ultimately boosting returns to get better in line with peers.

While progress this year on these efforts does feel slow at times -- and the stock has been a bit sluggish compared to peers -- the plan from Fraser and her management team is moving forward, albeit not always in the smoothest fashion. Let's see where things stand and what it might mean for the stock. 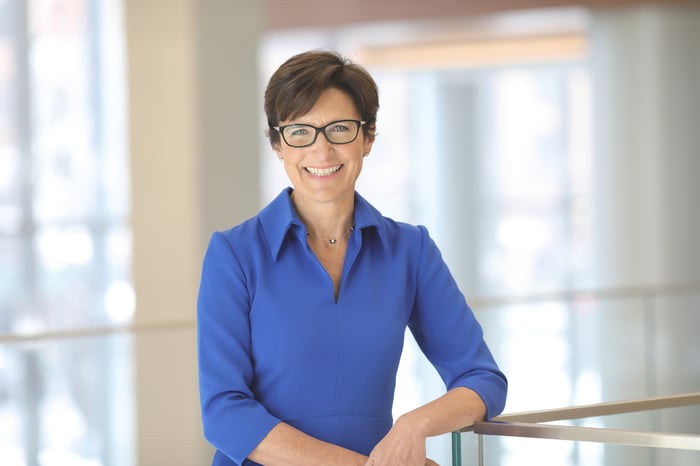 Recent progress on its strategic shifts

Citigroup has a very far-reaching organization that can be complex to run and difficult for investors to understand at times. In October of 2020, regulators issued the bank a cease-and-desist order and doled out a $400 million fine for the failure to improve firm-wide controls. Part of what Fraser and management are trying to do is rein in underperforming areas of the bank without the necessary scale to compete and invest in areas that the bank is strong in, such as wealth management, investment banking, securities services, and Treasury and trade solutions.

Fraser made the first big step in the refresh when the bank announced that it would be selling or winding down consumer banking franchises in 13 global markets. These markets were very inefficient and ate up a lot of capital. So far, Citigroup has announced formal sales or exits from two of these markets. First Citigroup announced the sale of its Australian consumer banking franchise to National Australia Bank for about $885 million, resulting in a slight premium to book value. Then, Citigroup recently announced that it plans to wind down its South Korean consumer banking operation without a sale. These two sales have not come without their costs. Citigroup took a $680 million pre-tax charge related to the sale of Australian assets in Q3, and then said it could incur as much as a $1.5 billion charge associated with winding down South Korea.

Still, Australia and South Korea were two of the major 13 markets. Citigroup CFO Mark Mason said the sale of Australia released roughly $800 million of regulatory capital,while the exit of South Korea will free up another roughly $2 billion.Considering the 13 markets consumed about $7 billion of the capital total, this does free up a substantial amount of that.

Citigroup will be able to use this freed capital to help fix regulatory issues, invest in its more promising and higher-returning businesses, and buy back stock, which is particularly attractive right now while the bank's stock is trading under its tangible book value, which is what the financial giant would be worth if it were immediately liquidated.

The charges and the pure wind-down of South Korea are not the most ideal, but at least management seems to be moving with some haste. Additionally, the Financial Times, citing anonymous sources, recently reported that 40 potential buyers have put in final bids for the remaining 11 global consumer banking franchises Citigroup plans to sell. Deals are expected to be done by the second quarter of 2022.

In other strategic news, Citigroup's head of U.S. consumer banking, Gonzalo Luchetti, recently told Bloomberg that the bank is "doubling down" on branches in its six main U.S. metro markets. How Citigroup can do more with its U.S. banking operations has been a key question among analysts for years. Citigroup has a large and recognizable brand in the U.S., yet it holds the least amount of U.S. deposit market share. The gap has led some to wonder if Citigroup would ever consider buying another U.S. bank, so it will be interesting to see how the bank's domestic strategy shapes up during this strategy refresh.

The market will need proof

Because of Citigroup's long history of underperformance, the market has remained skeptical of the refresh plan this year. Key catalysts moving forward will be earnings calls, further sale announcements of global consumer franchises, and of course an investor day in March where Fraser and Citigroup's management team are expected to lay out more details regarding the refresh.

But for now, the plan does seem to be moving forward. Investors can get in on Citigroup while it trades below tangible book value and can get paid to wait for the turnaround to take full effect with a nearly 3% dividend yield on the stock at its current price.