Click here for an update from The Motley Fool Co-Founders Tom and David Gardner.

Now that retirement is quickly becoming less of a dream and more of a reality, it's critical that you use the next 10 years or so to your advantage. Here's how to make the most of your final decade in the workforce and prepare financially for what lies ahead.

Unless you're planning to work during retirement or have saved substantially, there's a good chance money's going to be tighter then than it is today. That's why it's so important to enter retirement debt-free. Surprisingly, Americans 65 and older carry an average of $6,351 in credit card debt, and while that may not seem like a huge amount at first glance, it can really cost you in the long run. 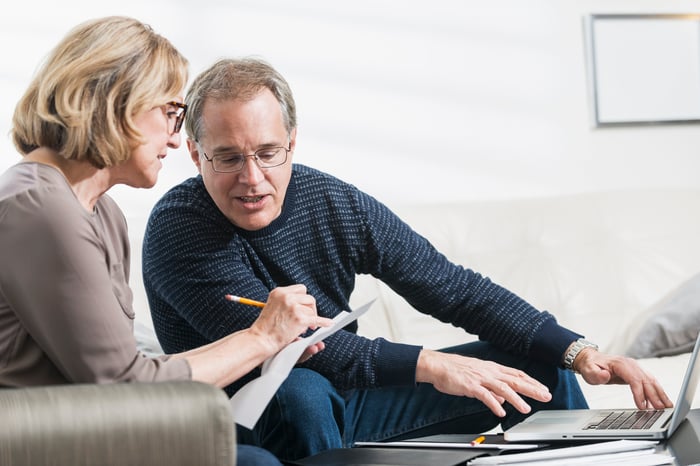 Any time you fail to pay off your credit card in full, you're basically signing up to throw away money on interest charges. And because many seniors find themselves cash flow-constrained in retirement, if you start off with a balance hanging over your head, it might still be there 10 years later. This means that a balance of $6,351 could wind up costing you a whopping $13,732 all-in if your card charges 18% interest and it takes you a decade to pay it off. That's more than double your original total! You're better off eliminating that debt while you still have a paycheck coming in.

2. Work on paying off your mortgage

If you're planning to keep your home in retirement, now's a good time to work toward paying off your mortgage. Housing is a huge expense for seniors, and while renting can be costly in its own right, maintaining a home can be even more expensive in some regards.

Consider this: The average homeowner spends anywhere from 1% to 4% of his or her home's value on annual maintenance and repairs. If your home is on the older side, plan on hitting the highest end of that range -- which would mean spending $16,000 a year, or $1,333 per month, on a home worth $400,000. Furthermore, you'll still be responsible for homeowners' insurance and property taxes, which have historically proven to rise over time. Entering retirement mortgage-free will remove the financial burden of having yet another monthly payment to contend with, all the while freeing up extra cash to cover the unavoidable expenses that come with homeownership.

The problem with this approach is that while your children have the option to borrow money for college, you can't as easily take out loans to fund your retirement (and even if you could, they'd wind up being far more costly than your typical student loan). If you're able to save for college and retirement simultaneously, more power to you. Otherwise, focus on your own needs and let your children reset their expectations or take out loans. Remember, they'll have the rest of their lives to pay off that debt, whereas you only have a limited window to sock away enough money in time for retirement.

Though you may not have a ton of time to benefit from compounding, the more money you set aside for retirement during your final decade in the workforce, the more of a cushion you'll have in your senior years. Currently, workers 50 and older can put up to $6,500 into an IRA and $24,000 into a 401(k). If your employer offers to match a portion of your contribution, that's even more free money coming your way.

While many people rush to unload their stock holdings in the years leading up to retirement, selling off stocks prematurely could also mean selling yourself short. As a general rule, any money you don't expect to use for seven years or more should be invested in stocks, because that's where you'll get the highest return.

Now if you're in your late 50s and expect to retire at 62, you should think about shifting some of your stocks into bonds or an equally conservative investment. But if you're only in your early to mid-50s, or if you're in your late 50s but don't expect to retire until 67 or later, then you're better off hanging onto your stocks. This especially holds true if your portfolio is loaded with dividend stocks, which not only tend to outperform their non-dividend-paying counterparts, but can also serve as a critical income source in retirement.

Of course, this isn't to say that your entire portfolio should consist of stocks as you inch closer to retirement. But as long as you still have some time on your side, the bulk of your assets should remain stock-focused.

Making the right money moves in your 50s could set the stage for financial success in retirement. If you've yet to sit down and come up with a retirement plan, now's the time to get moving. The sooner you outline your expectations and goals, the better equipped you'll be to maximize the last of your working years.