Zero-Commission Trading: What You Need to Know

We are committed to full transparency in our mission to make the world smarter, happier, & richer. Offers on The Ascent may be from our partners - it's how we make money - and we have not reviewed all available products and offers. That transparency to you is core to our editorial integrity, which isn’t influenced by compensation.

Most major online brokers have eliminated commissions for online stock trades. Here’s what investors like you need to know.

In a rather sudden move, major online brokerages including TD Ameritrade, E*TRADE, and Schwab have eliminated commissions for standard online-initiated stock trading. Depending on the broker, it used to cost $4.95 to $6.95 every time a stock position was bought or sold, which could amount to hundreds or even thousands in investment returns over time.

With that in mind, there are quite a few questions that you might have as an investor. For example, why did all of the brokers suddenly decide that they didn’t want to make commission revenue on stock trades? What does this mean to you as an investor? And are there any downsides to zero-commission stock trading? 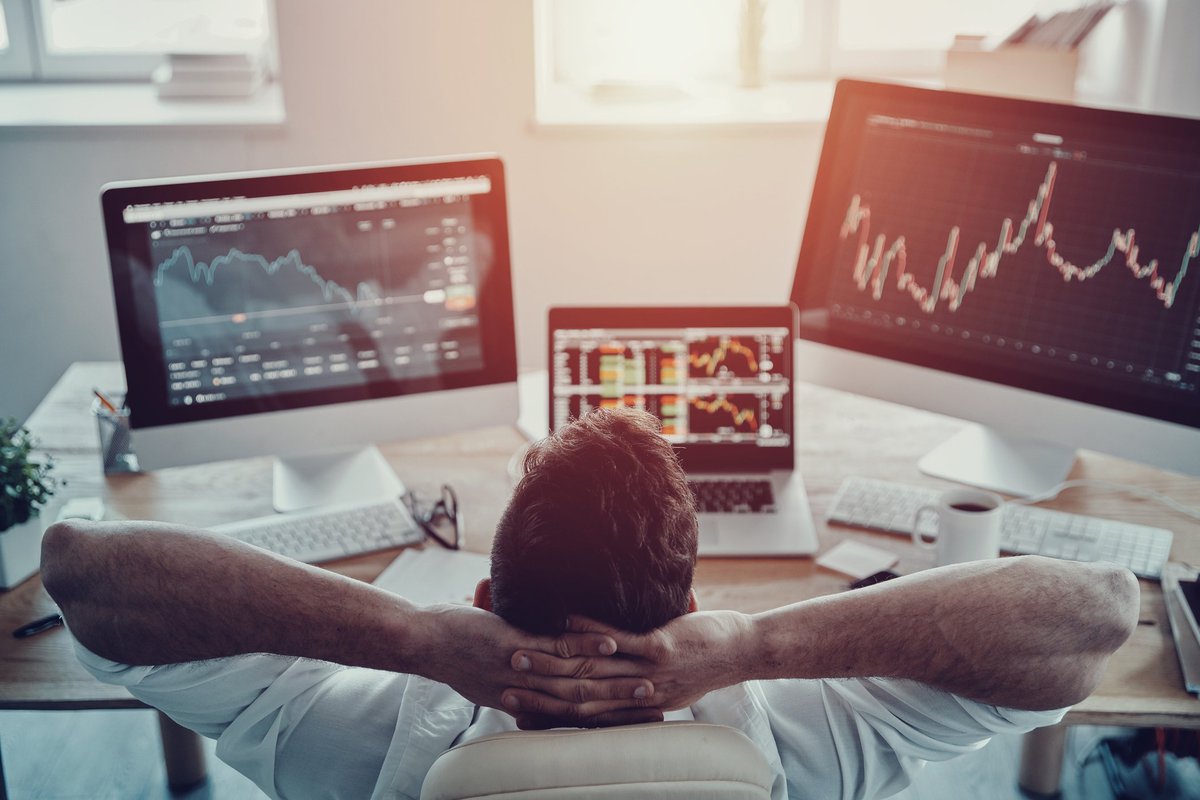 Let’s take a closer look at zero-commission trading and what you should know about it.

When it comes to trading commissions, zero is the new normal

When Robinhood pioneered the idea of commission-free stock trading a few years ago, it seemed like a disruptive trend, but not necessarily one that would permeate throughout the entire investment industry. After all, Robinhood has a relatively no-frills platform, and many investors find value in educational tools, stock research, and access to specialized types of brokerage accounts like IRAs and college savings accounts.

The Ascent's picks for the best online stock brokers

Find the best stock broker for you among these top picks. Whether you're looking for a special sign-up offer, outstanding customer support, $0 commissions, intuitive mobile apps, or more, you'll find a stock broker to fit your trading needs.

However, when Schwab announced that it would be eliminating commissions (which were previously $4.95) for all stock trades on its platform, it caught many investors and industry experts by surprise. In the days and weeks that followed, most other major online stock brokers announced that they would be eliminating trading commissions for online stock trades as well. As of late October 2019, TD Ameritrade, E*TRADE, Fidelity, and Bank of America have all eliminated traditional commissions -- at least to some degree.

At this point it’s fair to say that zero is the new normal when it comes to stock trading commissions.

How can brokers afford to do this?

There are two basic parts to the answer to this question. First, once Schwab eliminated commissions, the move to zero commissions became more of a defensive strategy that was necessary in order to prevent a loss of clients. And second, brokers have other ways of making money.

In fact, there isn’t a single major broker that derives the bulk of its revenue from trading commissions. For example, TD Ameritrade is one of the more commission-dependent brokers and trading commissions made up just over 25% of the company’s revenue in the most recent quarter. Other major sources of revenue come from interest income from things like margin loans, bank deposit account fees, and fee revenue from the company’s proprietary investment products like its robo-advisory service.

Directly related to trading, TD Ameritrade (and most other brokers) makes money for routing orders to certain market makers. Market makers are the party to a trade that actually executes the transaction and makes money from the spread between the bid and ask prices, or the price they can buy the stock for and the price at which they sell it to investors. These spreads are typically pennies, so they make their money from volume -- and are willing to give brokers a cut of their profits in exchange for order flow.

It’s also worth noting that in many cases, commissions won’t entirely drop to zero. Some brokers are still charging commissions for options trades, and for services like broker-assisted and phone-initiated trades.

If you're just getting into the stock market, the first thing you'll need is a stock broker. Browse our pick list to find one that suits your needs -- as well as information on what you should be looking for.

In fact, dropping commissions could end up being a net positive in the long run for some of these brokers. Now that investors can access to feature-packed brokers like TD Ameritrade, E*TRADE, and Schwab for the same price as no-frills Robinhood, they may potentially see an influx of assets.

What it means to you as an investor

The emergence of zero-commission stock trading is certainly a win for investors, especially beginner investors with limited capital.

For one thing, this makes it practical to buy small amounts -- even one share -- of a single stock. For example, let’s say that Apple is trading for $200 per share. With a $6.95 trading commission, you would essentially pay a 3.5% premium to buy one share, making it rather impractical from a cost standpoint. Or, if you received a $50 dividend from a stock you own, it wouldn’t be practical to pay a commission to invest that money – you would either have to enroll in a dividend reinvestment plan (DRIP), which would automatically reinvest dividends in the same stock that paid them, or let your cash build up in order to invest your dividends in a cost-efficient manner. Now, that’s far less of a concern.

On a similar note, it also makes diversification much easier for new investors. If you’re starting with say, $1,000, you can invest your money in a portfolio of five or more stocks rather easily when you don’t have to worry about commissions taking a $35 (or more) bite out of your capital.

However, if you’re not paying commissions, that means you’re able to put the entire $1,000 to work each time. Although $6.95 commissions may not sound like much, you might be surprised by the difference it makes. After 10 years, commission-free investing would result in an additional $560 in your portfolio. After 20 years, you’d have an extra $2,000, and after 30 years, you’d have nearly $5,800 in additional wealth that you wouldn’t have had had you been paying commissions. That’s why zero-commission stock trading is such a big win for investors.

Could fractional shares become the next trend in the investing world?

Fees in the investment world have been gravitating toward zero for some time now, so although it may surprise you that major brokers eliminated commissions so suddenly, it was a long time in the making. After all, it wasn’t that long ago that $50 commissions were common when buying stocks. Mutual fund expense ratios and other forms of investment fees have also been steadily getting lower, so where can brokers go from here to stay competitive?

One potential move that brokers might make is to offer fractional shares. For example, if a stock is trading for $100 per share and you have $150, you’d normally only be able to buy one. With fractional shares, you could use all $150 to buy 1.5 shares.

This wouldn’t be much of a stretch for most of the major brokers. Investors can generally already buy fractional shares by enrolling their stocks in a DRIP, although not as a totally separate trade. Schwab has already announced the addition of this capability to its platform, and it wouldn’t be surprising to see others follow suit.

A word of caution

Although the emergence of zero-commission trading is generally a win for investors, there’s one potential downside -- the temptation to over-trade. In other words, it could be more tempting to move in and out of stock positions more frequently because it doesn’t cost anything to do it.

Don’t make this mistake. Although there are certainly some good reasons to sell stocks, the lack of trading commissions isn’t one of them. Keep a long-term focus and enjoy the long-term compounding benefits of commission-free stock trading.

Using the wrong broker could cost you serious money

Over the long term, there's been no better way to grow your wealth than investing in the stock market. But using the wrong broker could make a big dent in your investing returns. Our experts have ranked and reviewed the top online stock brokers - simply click here to see the results and learn how to take advantage of the free trades and cash bonuses that our top-rated brokers are offering.

How to Open a Brokerage Account: A Step-by-Step Guide

We are committed to full transparency in our mission to make the world smarter, happier, & richer. Offers on The Ascent may be from our partners - it's how we make money - and we have not reviewed all available products and offers. That transparency to you is core to our editorial integrity, which isn’t influenced by compensation.

How to Open a Brokerage Account: A Step-by-Step Guide

The Ascent. All rights reserved.