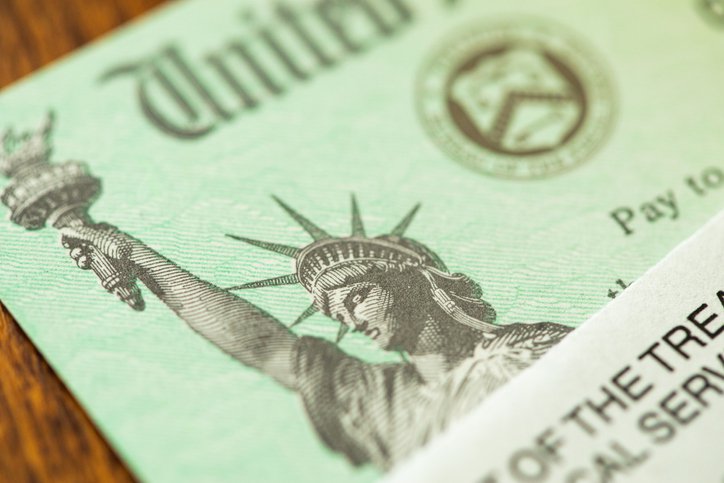 The GOP plan would lead to less Americans receiving a third stimulus check.

If Republican lawmakers have their way, an estimated 29 million Americans who were promised a third stimulus check under President Joe Biden's plan will not qualify.

In early January, President-elect Joe Biden told a crowd in Georgia that the election of two Democratic senators in the state runoff would lead to $2,000 stimulus checks. Weeks later, the newly-minted president quickly learned that not everyone in Congress believes there should be a third round of stimulus checks. And of those who do, disagreement abounds over how much those checks should be.

Biden attempted to keep his word by making $1,400 stimulus checks part of his proposed $1.9 trillion stimulus plan. $1,400 added to the $600 distributed in January equals his promised $2,000. Some Democratic lawmakers are calling for the third round of checks to be for more, while at least 10 Republican senators want what they refer to as a "targeted" alternative. Coming in at an estimated $618 billion, their plan is considerably smaller than what economists and the White House have called for.

Biden is caught between the proverbial rock and a hard place. His choices are to repeat the mistakes that followed the 2009 Great Recession -- when recovery was slowed by Congressional refusal to approve a larger stimulus package -- or to give the GOP an excuse to complain about not being heard.

What some in the GOP want

In light of the fact that some members of their own party are openly against more direct aid to the American people, the group of 10 senators who have met with the president appear to be swimming against the current.

Their proposals are likely to be unpopular, and here's why: Instead of the $2,000 some Democrats are calling for or the additional $1,400 Biden has proposed, these senators would like to see the next round of checks top out at $1,000 per eligible recipient. In addition, they want payments to phase out at lower incomes.

Putting it in perspective

The first and second checks shared income guidelines. Americans with an adjusted gross income (AGI) of $75,000 and married couples with an AGI of up to $150,000 received full checks. After that threshold, the payment was reduced by $1 for each additional $20 earned. The Republicans would like to see that phaseout changed. The GOP plan is to reduce payments by $1 for each additional $10 earned.

Under this plan, the only people who would receive full checks are singles with an AGI up to $40,000 and married couples with an AGI up to $80,000. After that point, the reduction of $1 for every $10 earned would kick in, cutting the number of Americans who receive a third stimulus check by about 29 million.

Let's say a single person earns $45,000. And let's assume that the GOP gets their wish and stimulus payments are lowered to $1,000. Here's how the math would look:

Although Republicans propose $500 payments for each dependent, those payments would also phase out at a rate of $1 for every $10 earned over the threshold. For example, a single person with an AGI of $60,000 and two dependents would earn too much to receive a stimulus payment.

It's impossible to know how Biden will navigate the stormy waters of Congressional discord while still seeing to the needs of the American people and helping to stimulate the economy. This may be a situation in which the voices of 29 million people must override the concerns of 10 U.S. senators.