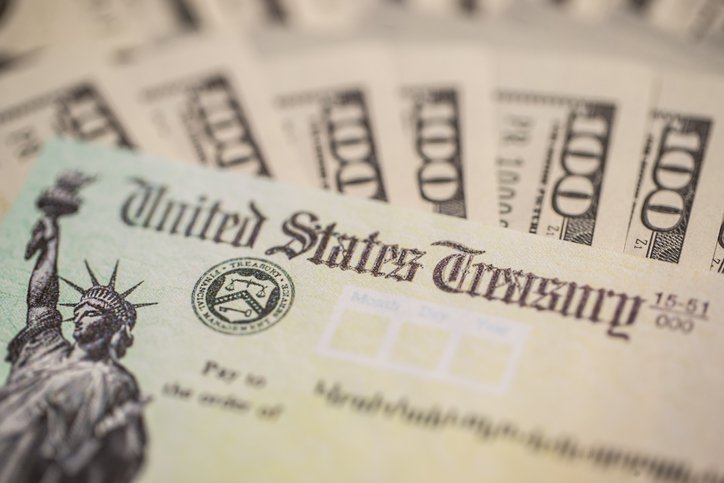 Shortly before the inauguration, President Joe Biden announced his plans for a $1.9 trillion coronavirus relief package. According to Biden, he recognizes that the plan has a high price tag but that doing nothing would cost far more.

Biden proposed sending another round of stimulus checks to augment the $600 checks sent earlier this month. In addition to that $600, Biden wants eligible recipients to have another $1,400 in their bank accounts, keenly aware that he (and former President Trump) both called on Congress to approve $2,000 checks. Once Democrats Jon Ossoff and Raphael Warnock were declared winners of the Georgia Senate run-off earlier this month and Democrats became the majority in the U.S. Senate by a razor-thin margin, getting another stimulus check to the American people seemed like a shoo-in. And then came comments by West Virginia Democrat Joe Manchin.

While it's impossible to get inside the Senator's mind, he has indicated that he believes many Americans received stimulus money they didn't need. According to Manchin, these funds should have gone to those in a worse economic position.

To put the situation in which many of Manchin's constituents find themselves into perspective, the U.S. Census Bureau reports that the national poverty rate in the U.S. (in 2019, before the coronavirus pandemic) was 10.5%. The rate is 16% in West Virginia. Manchin may be just looking out for the large swathe of West Virginians in genuine economic peril and seeking resources to get by. Or, as one of the most conservative Democratic members of the U.S. Senate, Manchin may be concerned with the $463 billion price tag.

Bending, but not much

While Manchin initially responded to the idea of $2,000 going to most Americans with the words, "absolutely not," he appears to be rethinking his stance -- to a degree.

Manchin recently made it clear that he's open to sending more stimulus money, but only if it is targeted at those who need it most. Of course, need can be difficult to determine. 2019 tax returns don't tell the entire story. Someone earning $100,000 in 2019 might have lost his or her job in 2020 and are now without the funds to pay their mortgage or buy groceries, while someone who earned little in 2019 could now find themselves in a better financial position. 2020 changed everything for millions of Americans.

Even Manchin seems unclear. "So, all that type of stuff -- and if we can get that targeted, is there a way to target it? Maybe there's not. But we got to get more money out," he said on the television show Inside West Virginia Politics.

The reality of the legislation

Even if Manchin never gets on board, there's a good chance at least one or two Republican senators (who have already expressed support of a larger stimulus payment) will cross the aisle to vote with the new Democratic majority.

It's the timing of another round of checks that is tricky. The $1,400 stimulus payments are part of a larger bill that will take time to debate. Biden's proposal not only includes increasing the minimum wage to $15 an hour, but it also increases tax credits for families with children and expands paid leave for employees. The president's plan also earmarks an estimated $400 billion directly to fighting the pandemic.

If Congress decides to vote on another round of stimulus checks as a stand-alone bill, it could pass quickly. Although for millions of Americans who can't pay their bills, "quickly" is a relative term. We're likely looking at the first weeks of February at the earliest.

Members of Congress earn too much to qualify for a stimulus payment, but plenty of their constituents do not. It will be interesting to watch how quickly they are willing to push funds out to those in need and which senators support the action.