Trump May Be Siding with Democrats on New Stimulus Bill 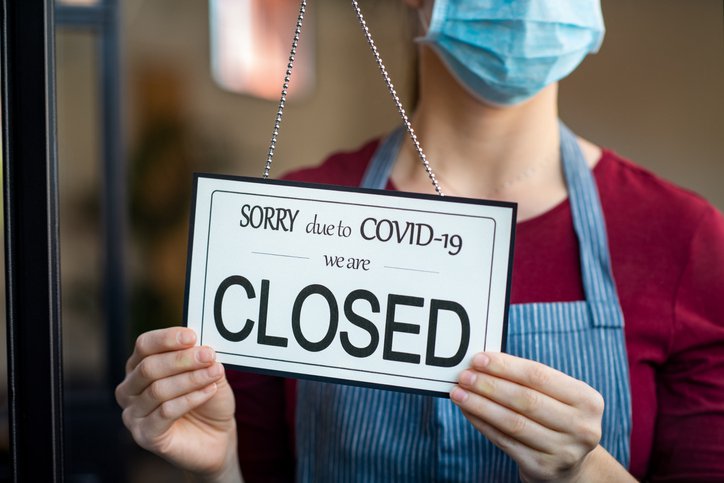 Trump has echoed some of Democrats' proposals for a new stimulus bill.

As election day draws near, President Donald Trump appears to be siding with Democrats regarding the size of the next potential stimulus package. On Sept. 16, Trump took to Twitter to send a message to senators in his party: "Go for the much higher numbers, Republicans, it all comes back to the USA anyway (one way or another!)"

What makes the tweet interesting is that Democrats blocked a Republican coronavirus relief bill just six days earlier, citing fears that too little money would make it to the American public. The Republican proposal included roughly $650 billion in spending. As $350 billion of that would redirect money previously approved for other purposes, it would cut the total new funding to $300 billion.

To put the failed bill into perspective, the CARES Act, passed by Congress in March, had a $2 trillion price tag. That was enough to give a financial shot in the arm to everyday Americans, help businesses withstand the impact of the virus, enhance unemployment benefits for millions out of work, and protect families from eviction.

By May, when those funds had been depleted, House Democrats passed another bill, estimated to cost around $3 trillion. This bill aimed to extend and expand the CARES Act. For example, nearly $1 trillion was earmarked for cities and states, many under severe financial strain and facing cutbacks and layoffs.

The GOP made it clear the bill was dead on arrival. Still, the two sides managed to find a compromise of sorts, with Republicans offering to spend up to $1.3 trillion to get the economy going. But that was before the Congressional holiday.

No one is quite sure what happened during that long holiday, but by the time Congress returned, $650 billion was the most McConnell and his GOP allies were willing to offer in their stimulus bill. The bill did not include checks to individuals or money to shore up the finances of cities and states.

As legislators lash out at each other, the possibility of any kind of stimulus package gets kicked further down the calendar.

The Democrat case: Democrats argue that at least $3 trillion is needed to keep the American economy on life support. Further, they contend that McConnell proposed his cut-to-the-bone legislation knowing that they would not go along with such a meager effort. By making a public display of his proposal, he could later claim that Republicans had done all they could.

The Republican case: Given that some Republicans -- concerned about national debt -- are reluctant to support any additional stimulus funding, the latest $650 billion package may represent the upper end of what members might support. The proposal omitted checks to individual Americans and offered no assistance to city or state governments. It did include legal protection for businesses, shielding them from lawsuits filed by employees who say they became sick with COVID-19 due to their jobs.

Unfortunately, this political bickering does not help Americans who are desperate for relief.

Last week's tweet was hardly the first time Trump has made a public appeal for Republicans to loosen the purse strings, or the first time Trump has aligned himself with Democrats by arguing for more money. In late July, Trump suggested that Congress should immediately free up the same $300 billion remaining in relief funds and begin sending stimulus checks to the public. In August, Trump voiced his support for the kind of stimulus measures favored by Democrats, tweeting: "I have directed @stevenmnuchin1 to get ready to send direct payments ($3,400 for family of four) to all Americans. DEMOCRATS ARE HOLDING THIS UP!"

Less than three hours later, he tweeted, "I am ready to send Rental Assistance payments to hardworking Americans that have been hurt by this ChinaVirus. DEMOCRATS ARE HOLDING THIS UP!"

Trump's stimulus tweets appear to echo Democrats' desire to get stimulus money into the hands of American families and businesses, even if he simultaneously accuses them of holding up the process.

Even as the Federal Reserve pleads for a new stimulus package, convinced that the U.S. cannot stop the economic bleeding without another significant influx of cash, the amount of money that's required has become a political football.

These days, when Donald Trump discusses a new stimulus plan, his wish list has more in common with Nancy Pelosi's $3 trillion plan than with Mitch McConnell's "skinny" stimulus. As we wait to see whether a second stimulus check will be deposited into our bank accounts, we can only hope the two sides find a compromise.